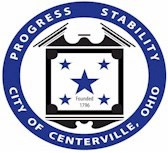 Ceso, Inc. submitted preliminary development plans Click Here to the Centerville Planning Commission for the 33 acres of land at 700 East Alex Bell Road, known as the Zengel strip. According to City Planner Andrew Rodney, the proposal included 85 home sites to be built by Ryan Homes. The proposed development is between two established neighborhoods, Deer Run and Pleasant Hill. According to the City of Centerville Unified Development Ordinance, the land, zoned as Residential-Planned Development, could include up to six residential units per acre, for a total of 197 units. Ryan Homes has opted for 2.5 units per acre, less than half of the maximum permitted. The proposed housing would offer single- and two-story single-family homes, similar to those in the Pleasant Hill neighborhood. “The City requires developers to provide interconnectivity between neighborhoods,” said Rodney, adding that “the City’s ultimate goal is to keep streets safe for walkers, cyclists and motorists.”

Project plans may be reviewed at the Centerville Municipal Offices, 100 West Spring Valley Road. To review Rodney’s presentation Click Here and staff report Click Here. Click here for the project conditions as recommended by the Planning Commission at their March 25 meeting. Click here for Conceptual Design.